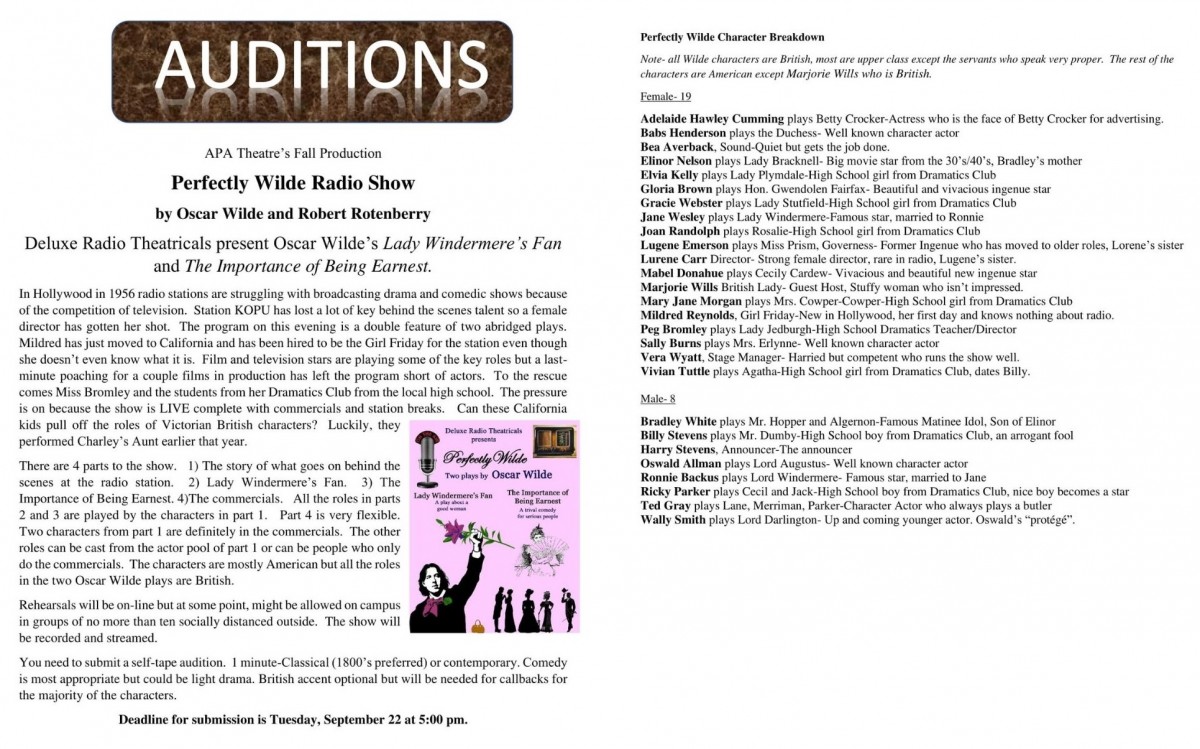 Note: All Wilde characters are British; most are upper class (except the servants) who speak very proper. The rest of the characters are American except Marjorie Wills who is British.

(Depending on the turnout of talent the commercial roles might be cast separate or they will be cast with the actors already in the show.)